What Can a Truck Accident Lawyer Help You With?

On average, there are six million road accidents in the United States every year. Many of these are minor and will require neither medical nor legal intervention. However, many more are very serious.

The Usual Causes of Truck-Related Accidents

Truck-related accidents can sometimes occur in just the same way as accidents involving ordinary cars. However, there are many extra risks posed by trucks as well. For instance, if a truck loses a piece of cargo on the road, it could cause a serious accident. Additionally, collisions involving trucks are far more dangerous for drivers of passenger cars due to the size of the former.

How Are Truck Accidents Different from Car Accidents?

Truck accidents differ from accidents involving only cars in a couple of important ways. Because trucks are far bigger than regular passenger cars, they tend to suffer less damage from a collision than a car would. As well as this, they usually inflict more damage on cars they hit. There are also important legal differences between a crash involving a truck and one involving two cars.

If you’re hit by a truck while driving a passenger car, you might be entitled to a much greater payout than you would be if another car hit you. This is due to the strict regulations surrounding the trucking industry. Rules in relation to driver behavior and technical specifications are much stricter for large commercial vehicles than for passenger cars.

Before we go any further, it might be useful to look a little more closely at what we mean by the word “truck.” This is a broad term that describes many different vehicles. We’ve taken a look at the main truck types here, and considered common scenarios in which they might be involved in accidents.

To many people, trucks are simply big cars. Pickup trucks like the Dodge Challenger and Chevy Silverado are common in America. The accidents that these vehicles get in tend to be quite similar to those involving smaller passenger cars.

Of course, when a larger passenger vehicle is involved, the danger to a smaller car increases considerably. However, unless these cars are registered as commercial vehicles, they are governed by the same rules as regular cars. Therefore, when we talk about “truck accidents,” we’re usually discussing larger commercial trucks rather than pickups.

The bigger they are, the more damage they can cause in an accident. If a big rig moving at any kind of speed hits a car, the resulting damage is likely to be severe. For this reason, you should avoid a collision with one of these at all costs.

Always be extra-vigilant when sharing the road with a big rig. Big rigs carry various kinds of cargo. If this cargo hasn’t been properly secured and an item of it falls into the path of your car, you could have a very valuable claim.

For the purposes of this article, we’ll define passenger buses as trucks. When it comes to buses, there are minibuses, local shuttle buses, and intercity coaches. Any of these vehicles have the potential to do serious damage to a passenger car if it is involved in an accident with one.

Intercity coaches, in particular, pose a real danger, as you are likely to meet them on an interstate highway going at a considerable speed. In the case of a shuttle bus or minibus, you are more likely to have an accident with one on a smaller local road. While this means you are less likely to sustain significant damage, it also means you are far more likely to get in an accident in the first place. Shuttle buses pull in and out of stops very regularly. If you lost focus on the road, you could easily drive into the back of one as it pulls out.

The risk that a garbage truck poses is very similar to that posed by a shuttle bus. Because they pull on and off the road so frequently, they are a huge hazard for drivers. Garbage trucks are large, awkward machines. If they get into the wrong place on the road, they will have trouble getting out of it quickly. This is another reason why they are potentially dangerous for car users.

What to Do After a Truck Accident

There are a number of steps you should take immediately after a road accident occurs that will maximize your chances of success in court.

As the old saying goes, a picture says a thousand words. A photograph of any damage, taken immediately after the accident, could end up being invaluable to you in a later court action. A party to an accident may sometimes try to downplay the damage they caused, or exaggerate the damage they suffered. Photographic evidence is the best way to stop them from doing so. 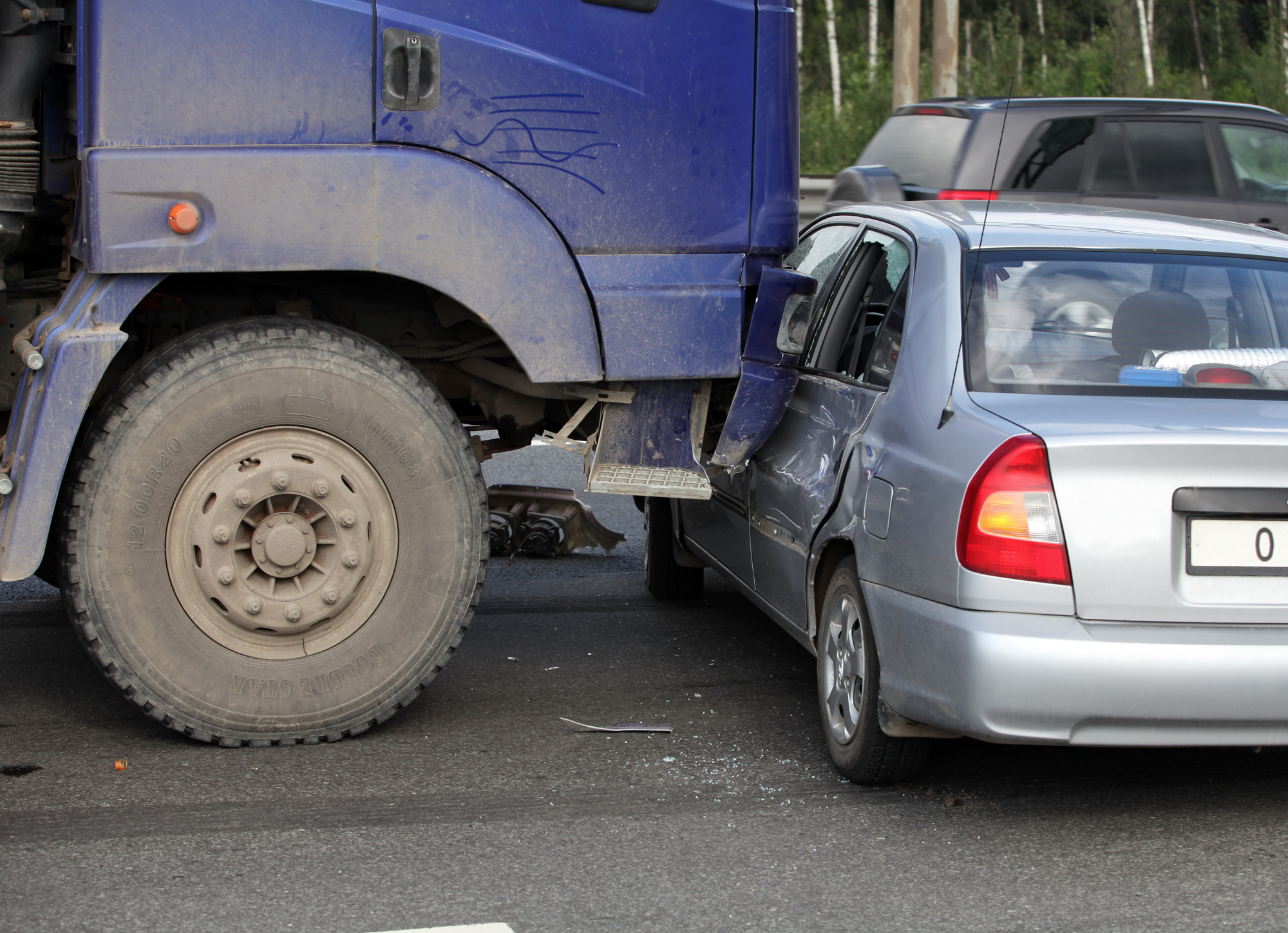 As is the case for any accident, you should exchange information with the other driver straight away. If you fail to do this, you might have trouble securing payment from them at a later stage.

The words you say directly after an accident can be crucial to the ultimate decision of a judge in court. This is especially true where the other party to the accident has a witness with them who can testify about your statements. You’re likely to be quite rattled after an accident. This is understandable, but you should do your best not to let it overcome your common sense.

Don’t say anything that might imply fault on your behalf. If you think you may have been at fault, it might be best to say nothing at all. Of course, this swings both ways. If the other party to the accident makes an incriminating statement, make sure to take a note of it.

There are certain procedures that the police department will carry out when they investigate a truck accident. Most of these will relate to the physical components of the truck, such as the brakes and lights.

Because the government regulations around these parts on trucks are so strict, any failure in one of them may greatly increase the value of your claim. Other than this, the police will also examine the accident in the normal way. They will interview both parties to try to ascertain if either one breached the rules of the road, as well as examining the scene of the crash for evidence of such a breach.

How Does the Court Determine Fault?

However, this system also dictates that any element of fault whatsoever on the part of the injured party will negate their entitlement to damages. Therefore, even if you were only 5% responsible for an accident, you will not be able to recover any compensation. This is called the doctrine of contributory negligence. Virginia is one of very few states that still employ the doctrine as strictly as this.

The Costs of Hiring a Truck Accident Lawyer

Depending on who you hire, a truck accident lawyer can be expensive. However, if you choose to work with Collier and Collier, you won’t have to worry about the cost. We won’t take a fee for our services unless we win your case.

What to Look for in a Truck Accident Lawyer

Good truck accident lawyers all share a number of important qualities. Chief among these is experience in dealing with this area of the law. As you can see, truck accident law is quite a niche. A lot of the issues that arise require deep specialized knowledge of the area. We at Collier and Collier can offer you exactly that. We’ve been taking on truck accidents and emerging with good results for clients for years, so you can be sure that you’re getting a capable service when you enlist our help.

Enlisting the Right Kind of Help After a Truck Accident

If you’ve been involved in any kind of road accident, you’ll need a legal professional in your corner. If that accident involved a truck, however, there are many special points of law that will arise for consideration. For this reason, hiring a specialist truck accident lawyer is the best thing you can do in this situation.

To learn more about how we can be of assistance to you after a road accident, contact us today.